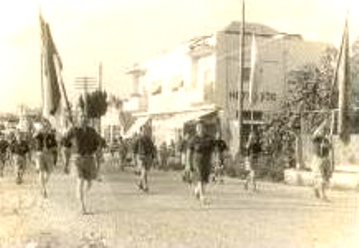 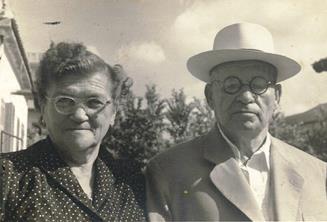 Haim Gershonwitz was born in Bialtzi in the district of Kishinev, Bessarabia. He came to the country with his wife in 1910 and the couple settled in Rishon Le Zion. He worked as a blacksmith in the Branatizky backyard and as a cooper in the winery. Together with his wife he ran the family hotel "Havatzelet Hasharon" in Dror street. The name of the hotel was suggested by Bialik when he stayed there. Among the guests who stayed there were English soldiers and the couple Gershonowitz were reprimanded by the local council on this score and they were told not to put up English soldiers in the hotel. Later the family moved to Herzl Street where they ran the "Ayn Hakore" Hotel. For a while the members of the family worked in the Naaman cinema and their daughter Ada accompanied the silent films with music and their son Naaman ran the film. Haim Gershonowitz was active in the Artisans Synagaogue (that was behind the Big Synagogue) towards which he personally donated.